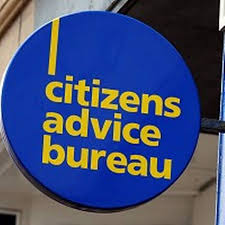 On Monday the Hammersmith and Fulham Citizen’s Advice Bureau hosted a Labour Party propaganda even with the Shadow Work and Pensions Secretary Rachel Reeves. It was attacking the piloting in this borough of Universal credit. In fact, the programme is proving a great success in helping to reduce unemployment – as Miss Reeves could  have discovered had she troubled to visit the Hammersmith Job Centre and talked to some of the claimants.

But, whatever your political view may be, it should not be for a charity to use its resources for a political party. This charity has Labour councillors on it board. It is also heavily dependent on council funding – which leaves the Labour council with a huge conflict of interest.

I asked Simi Ryatt, the charity’s chief executive to clarify:

1. Which of the Avonmore and Brook Green Ward councillors were invited to attend yesterday and what was the criteria used for inviting some but not all of them?

2. Which of the Addison Ward councillors were invited to attend yesterday and what was the criteria used for inviting some but not all of them?

3. Is it true that HAFCAB has expressed opposition to Universal Credit, the piloting of Universal Credit in our borough or  any of the Government’s other welfare reforms? The difficulty is not merely that you hosted a Labour Party event but that they then claimed your endorsement for their stance.

However she was unable or unwilling to provide clear answers. Or even any reassurance that such a future lapse will not occur you.

This left me with no alternative than logging a formal complaint with the Charity Commission regarding their decision to become involved with party political activity.

I have also raised separately with the council the unfortunate conflict of interest that now arises for the new administration regarding decisions about your funding from the council.

This has been a huge mistake for H&F CAB. A terrible misjudgment for their reputation – which they still don’t seem to appreciate.