There is a prospect of some new trees to be planted in and around King Street, financed by Section 106 money from the (ugly) 271-281 King Street scheme, replacing the (also ugly) buildings that were there before.

“I have looked at the footway this morning with a cable detection tool and there may be scope for planting up to six trees along the eastern footway of Beavor Lane adjacent to and south of the new development, and possibly two more in the footway build outs on the western side of the road at the junction with Chambon Place.

“We will have to consult service plans and excavate trial tree pits to ensure there are no underground services or other obstructions to planting.

“As much of the footway is still covered by containers and hoarding we will carry out this work in the late summer/autumn and hopefully plant any new trees during next winter’s planting programme.”

But surely the £14,000 should pay for more than eight trees. I made further enquiries and was sent this response: 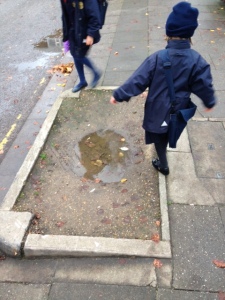 I have consulted my arboricultural colleagues and they advise that the costs of tree planting have significantly increased in recent years.

They say that they used to allow residents to sponsor new tree planting for a contribution of £250 per tree, and that contributed to around half of the actual cost (which included a nominal two hours of officer time per tree.)

However, they say that the actual costs of excavating tree pits (which typically have a failure rate of 50% so, on average, two trial pits are needed to be excavated for each successful planting ), purchasing trees and planting them (although we will have a new treework contract next winter so costs will probably increase) now amount to over £500 per tree, without any officer time.

According to the arboricultural officers’ records the average officer time spent on each new planting site, which includes site visits, detailed service checks in the office, tree selection, planting and maintenance contract monitoring, etc amounts to around five officer hours per tree. Associated kerb and pavement works, including pit surfacing where appropriate, increase the costs further. 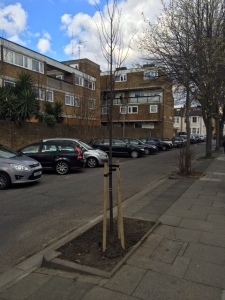 They therefore estimate (for 2016/17) that each successfully planted tree would cost approx. £1000 in total.

I am advised that the basic contract cost of excavating a standard 600mm x 600mm tree pit is £162; but in the case of Beavor Lane where two pits may need to be 1000mm x1000mm as they are being excavated through the former road surface under pavement build-outs (so the volume is four times greater) the cost of one pit alone would be four times greater.

Having said all of this, our arboricultural colleagues say that, where possible, they will try to use any surplus funds to carry out further tree planting in the vicinity of the development i.e. in surrounding streets.

So even accepting those costings we are due another six trees on sites yet to identified.

I after some months after I complained about an empty tree pit on the Bayonne Estate has now had a new tree planted in it. This has now been replanted. (See before and after pictures above). Given the figures in Catherine’s email it is obviously a much lower cost to ensure that the existing tree pits have trees growing in them rather than being left empty. So do let me know of any empty tree pits.

Anyway a small victory once again prompting me to quote Teddy Kennedy:

“For all those whose cares have been our concern, the work goes on, the cause endures, the hope still lives, and the dream shall never die.”

As part of his Action Plan for Greater London, Zac will:

1.   Bring Oyster cards to Boris Bikes Zac will guarantee that Boris Bikes can be hired quickly and easily with Oyster Cards and Contactless payments from 2017, when Serco’s current contract ends. 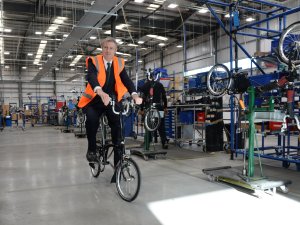 2.    Back a Metropolitan Boris Bike Scheme to bring cycling to the outer boroughs Zac will consult on creating new regional Metropolitan Boris Bike schemes around the capital, helping Londoners cycle between neighbouring town centres such as Richmond, Kingston and Barnes; or Stratford to Walthamstow. Zac will also look to expand the outer reaches of the Central Cycle hire scheme, including to Greenwich.

3.    Immediately roll out the Brompton Bikes hire scheme to four Outer London Boroughs to help London’s commuters get out of their cars and onto their bikes in the most cost-effective way possible

4.    Improve cycle safety across the capital – Zac will take forward TfL’s programme to overhaul London’s 33 most dangerous junctions, investigate the next set of priority road improvements and support boroughs that choose to limit speeds on their roads. He will also take lorries off London’s roads through the use of freight consolidation centres and pursing a river first policy. And he will take action to ensure that HGVs are not a danger to cyclists.

“Boris has put huge emphasis on cycling. As part of my Action Plan for Greater London I will build on that legacy, bringing Boris bikes to the outer boroughs, introducing easy oystercard payments to double the number of cyclists across Greater London, and continuing investment in making cycling safer and easier. I will make London the cleanest and greenest city on earth, and this is part of that commitment.”

“It’s clear we cannot afford the risk of a four year Sadiq Khan and Jeremy Corbyn experiment and the £1.9bn black hole in his spending plans that would make protecting cycling investment impossible.”

Is it spring at last?

The bulbs in Gwendwr Rec are blooming – and they are beautiful.   This is thanks to the Bulbs for London initiative which was launched in 2012 by the Metropolitan Public Gardens Association  – and a long established Lincolnshire family firm, Taylors Bulbs. The scheme makes available spring bulbs to volunteers who plant them in

Since 2012, over 600,000 high quality spring bulbs have been distributed to around 450 parks and  gardens throughout London. Taylors not only supply the bulbs free of charge, but also foot the bill for delivery.  Many of the sites which have benefitted are in deprived areas and include schools, public gardens, hospices, churchyards, city farms and community gardens – often looked after by wonderful teams of volunteers.

The Gwendwr Rec bulbs are not the first time Avonmore has benefited from the scheme.  Sean Adamson of Friends of Marcus Garvey Park tells me that his group have planted over 6000 bulbs in the park, many thanks to this scheme.  The Lytton Estate has benefited too, this year.

A few of us planted the bulbs in Gwendwr Rec in late December 2015.  Helpers included my mother – and a team from Thames Water who were nearby.

Thanks MPGA, Taylor Bulbs, Thames Water, mum, and everyone else who helped. 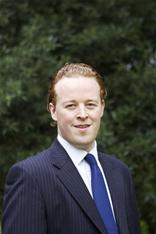 Today, 24th of March, is World TB Day. This is of particular significance this year, as tuberculosis has become for the first time in many years, the deadliest infectious disease, killing 1.5 million people last year. TB has overtaken Aids/HIV as the leading infectious killer, and that is partly because it is a difficult disease to deal with. It is not easy to diagnose and its treatment is lengthy requiring over six months of treatment with multiple pills every day. TB is also a disease of the developing world, so unfortunately has not attracted as much funding from government or the pharmaceutical industry for the development of new treatments and vaccines.

What is particularly concerning about TB is that in some countries, the levels of the disease that are resistant to some or virtually all antibiotics is becoming worryingly high. If this trend continues, TB could become as much of danger in 21st century Britain as it was in the 18th century.

I was privileged to attend the All Party Parliamentary Group on Tuberculosis events in Parliament yesterday, and have a personal connection to the academic side of TB, as my first job after finishing my university studies was for the Faculty of Medicine at Imperial College researching the impact of the Global Fund for Aids, Tuberculosis and Malaria’s funding in the developing world.

But what does this have to do with Hammersmith & Fulham? Many of you may be surprised to know that TB has unfortunately become a problem again in the UK and in particular in London. Whilst the incidence has fallen since 2011 due to action taken by the Government and the NHS it is still a concern, especially for some of London’s most deprived communities.

Hammersmith & Fulham unfortunately has on average 43 cases per year (2012-2014). This may not seem a lot, but compared with the national average of around 12 per 100,000 population, H&F’s is twice that at 24.2 per 100,000. I am going to write to the clinical commissioning group and the council to ensure that we are doing all we can to reduce the incidence of TB in H&F.

TB is something we have the knowledge and treatments to eradicate globally, especially if we address anti-microbial resistance. Let’s make a start by eradicating it Hammersmith & Fulham and across London. 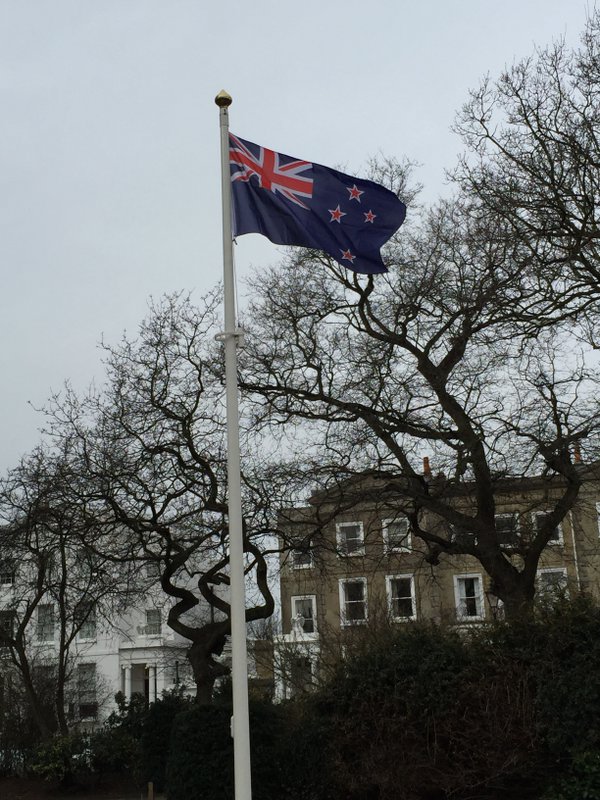 A guest post from Chris Elder  of City & Country Farmers Markets,  a family owned and run business which organises regular farmers’ markets and seasonal fine food and craft fairs where items are sold by the producer or artisan direct to the public.

It would mean a lot to me if you took a moment to add your name to this petition because: Hammersmith and Fulham Council want to takeover this Thursday Farmers Market that has been running very successfully for over 10 years.

They say their decision is purely commercial  – it is absolutely extraordinary that a current administration at the Town Hall want to get into the business of farmers’ markets! What do they know about farmers’ market? This market has the support of all of it’s stallholders – they do not want the council to takeover the market!

The market is probably the busiest and best weekday food market in London that attracts over 3,500 people every Thursday in the heart of Hammersmith Broadway in Lyric Square.

The organiser has painstakingly brought together a group of stallholders who produce some pretty fantastic food and local produce and to have this taken away will have serious implications not only for people who use the market but for areas around the country who have similar markets, if other councils decide to do the same.

The existing organiser has award winning food and craft markets that run very successfully all over London, therefore they have expertise to continue to run this market and Hammersmith and Fulham Council do not, despite what they might say.

Already the market has had great support from local councillors and businesses, therefore we urge you to sign this petition to give the market the best possible chance!

Real change happens when everyday people like you and I come together and stand up for what we believe in.  Together we can reach heaps of people and help create change around this important issue.

Among the Budget announcements…

“The government invites TfL to bring forward proposals for financing infrastructure projects from land value increases, which could support schemes like the proposal for ‘flyunder’ tunnels to replace busy main roads and support redevelopment in Barking, Hammersmith or other town centres.”