When you are a councillor in Avonmore & Brook Green, you spend a lot of time talking about buildings: their architecture and appearance; and their use. So do local residents. One way to better harness residents’ energy and enthusiasm, and to ensure that local developments are a win-win would be to form a Neighbourhood Forum.

Four years ago, when I became a councillor, York House, a lovely Victorian building on Avonmore Road had just been torn down.  Local people were shocked at its sudden disappearance. 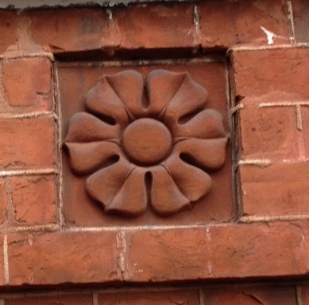 Soon after that the future of Leigh Court was being decided.  The now-empty, once-lovely mansion-block overlooking Avonmore School had been bought by a developer.  Residents fought for a refurbishment that respected the beauty of the building and the residential nature of the area.

The battle of FitzGeorge and Fitzjames Avenue loomed.  Unquestionably, the loveliest street in London, with highly decorative mansion blocks designed by Delissa Joseph.  A developer planned to pull out the gorgeous greenery and grounding base of the building to put basement flats along the entire frontage.  The beauty of this gorgeous street would have been destroyed. The passion and commitment of local residents came to the fore again as we battled this one through the planning system.

So within this small area there is enormous potential for new housing, better education opportunities, new jobs, and new arts and leisure facilities. And yet, in the middle: local residents, neighbourly streets, gorgeous architecture, quiet heritage, precious green spaces.  How can local residents preserve the best of the past at the same time as making sure that new development is so good that it also becomes part of what future generations want to protect and preserve?

At least part of the answer comes in the form of a Neighbourhood Plan and Neighbourhood Forum. Neighbourhood Plans give communities significant rights around developments in their areas.  They enable local communities to say where homes, offices, and shops are built.  Residents can have a say in the design of new buildings and they can influence the height and massing that is allowable. Residents can also have a say in the use of buildings – for example empty shops. Neighbourhood Plans become legal documents that need to be approved via a local referendum.  Once in existence they must be used by local Councils to make decisions on local planning applications.

Nick Boys-Smith from the charity CreateStreets says:  “We encourage Neighbourhood Forums to be as ambitious as possible. If you don’t allocate sites and say what they should look like, you’re not really going to achieve much…  Neighbourhood Plans need to confirm with the Council ‘Local Plan’ but that still gives plenty of scope.”

Sounds too good to be true doesn’t it?  Creating a Neighbourhood Plan is clearly a huge amount of work.  But sometimes it’s the start of a process that makes 90% of the difference.  The creation of a Neighbourhood Plan starts with the formation of a Neighbourhood Forum.  A coming together of local people who care and who have a bit of time to be involved.  ABG has a wealth of people who are passionate about their area and well-experienced in participating in Tenants Associations, Residents Associations, Friends Groups, and Leaseholder Associations.  If they came together to start pooling ideas and establishing a collective voice, that in itself would be very powerful.  The Council, as well current and future developers should want to listen and to collaborate from the start.  The goal should always be win-win.

It can only be in everyone’s interests to design additions to our built environment and community assets well.  We all want to make the world a better place.  Putting beauty and community at the heart of local development is a great place to start.  Who’s in?