Friends Groups transform local green spaces.  They bring local people into the care and management of those spaces – and ensure that the very people who the space is for, have a say in their care and development.  Friends Group to whom park users owe a vote of thanks include The Friends of Brook Green, Marcus Garvey Park, and Margravine Cemetery.

The Friends of Gwendwr Gardens is up and running (for contact details please email me), and the latest addition is the Friends of St Pauls Open Space.  Last week local councillors, council officers, and the local residents leading the charge, met at the park to discuss plans and priorities for the Open Space. 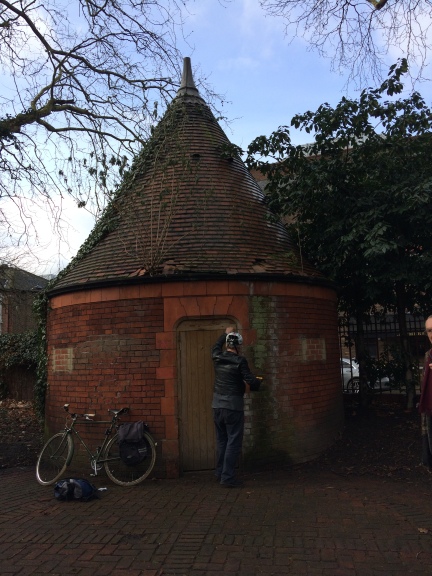 the first time since 1886 to find the hardwood gardening tools in situ.  But that wouldn’t be true.  We creaked open the doors for the first time in about five years – and peered at the re-inforced concrete in the interior.  But the exterior of the bothy is stunningly beautiful and all present agreed that its preservation and care is the top priority for the Friends Group.  Maybe many priorities down the track we will be able to remove the reinforced concrete inside and open a small cafe.

Parks officers explained that one of the mature plane trees likely needs to be removed entirely.  Others need pruning to let light back into the grassed areas. We walked around the south-western boundary where officers agreed to reinstate a path – which will help to protect the grass.  And new mostly-native planting will be done on either side of the path to encourage insects – and look good!

I pay tribute to the parks officers who are incredibly knowledgeable.  They brought to the meeting, many historic pictures and maps of the park – including photos taken by the Luftwaffe.  Apparently the two airforces (?) have undertaken aerial photo exchanges of material dating from the war.  It was a pleasure and a privilege to spend an hour with the parks officers.  They explained how native dandelions were used to make rubber for the war effort….  I do not believe there was a plant species in the park that they could not name immediately.

The Friends of St Pauls Open Space is up and running – and will make a big difference to this lovely space.  Please email me if you would like to join this – or another of our “Friends” Groups: carolineffiske:@gmail.com. 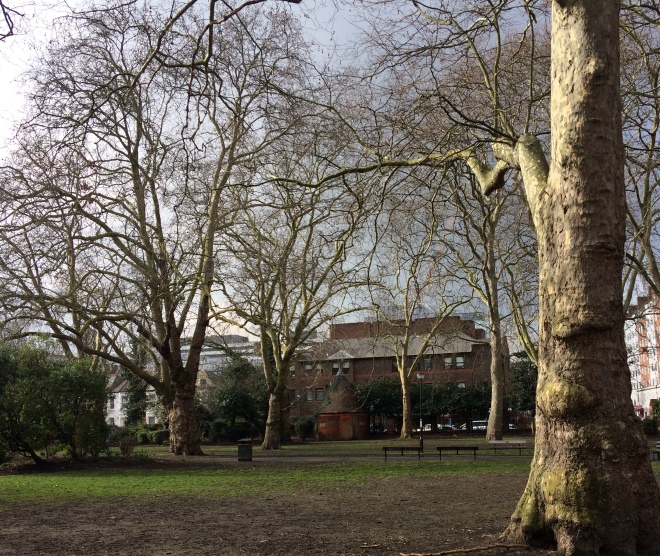