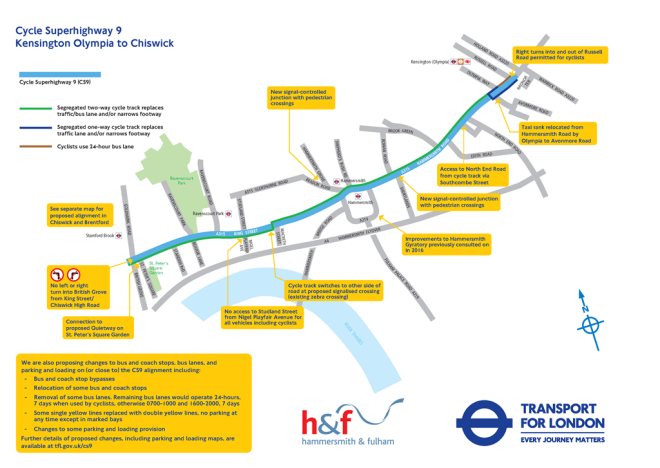 I am a strong supporter of sensible measures to promote cycling. Indeed I have written about this regularly on this site – see here, here, here and here.

However the proposed Transport for London Cycle Superhighway strike me as deeply flawed. As Charlie Dewhirst has noted it would worsen traffic congestion and lengthen pedestrian journeys.

The scheme would cost £70 million. Hammersmith and Fulham Council is backing it – but there is a huge financial conflict of interest for the Council with these big TfL schemes. That is because the Council is provided with substantial funding from TfL to help promote and implement them. That makes it impossible for the Council to be objective in delivering a verdict on whether such schemes are beneficial or harmful to our borough. I have asked the Council how much money it has been promised.

There is concern among residents that as well as limiting access to the side streets the Superhighway will cross, there will be a damaging impact on the businesses, nurseries and schools on the south side of King Street.

For example of particular concern is the impact of changes to the Goldhawk/ King Street/ Chiswick High Road/ British Grove junction. This includes changes to access and the reversal of the one way system at the south end of British Grove onto Berestede Road such that instead of turning from a narrow street with no pavements (British Grove) into a wider one (Berestede Road) it will be the other way round.

When challenged on the risk to pedestrians this could entail at a consultation in Chiswick, I hear the TfL response was “… well it is a mistake that they will only make once…”

Would it not be less disruptive to route the Superhighway along the A4?

Please let me know your views. 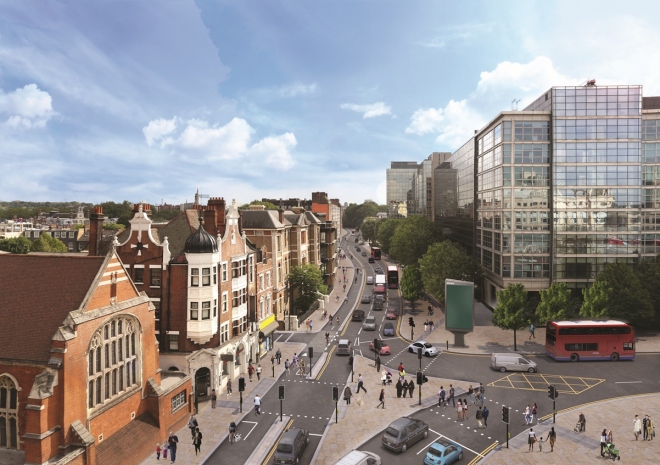 Here are the dates for some proposed exhibitions of the scheme:

The deadline for comments is Tuesday 31 October. You can respond here.