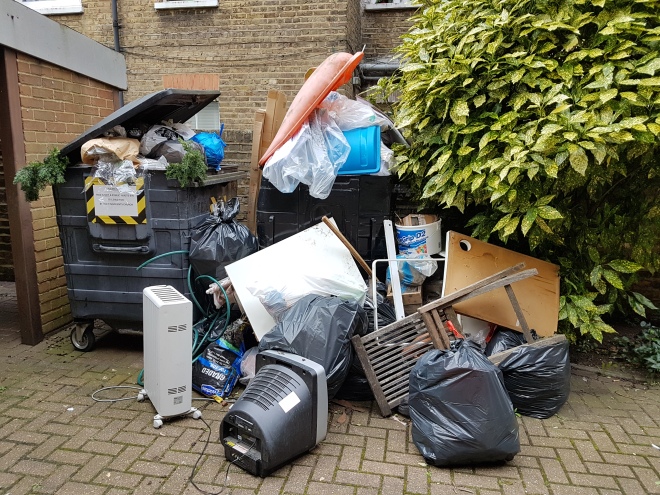 There is an excellent Anglican church in Paddenswick Road called Holy Innocents. Many local residents have been to worship there and listen to the erudite and good humoured sermons of Father David Matthews, a tall Canadian. Even many atheists will have found themselves there at some stage or another – at a concert, a community event of seizing the chance to vote for me in council elections when the Church Hall is used as a polling station…

Recently the Council failed to collect the recycling from the Church. As a result of the overflowing rubbish the Church became victims of fly tipping they are actually unwilling to help at all.  The Council told the Church representatives that they would have to try and get into the bins themselves to empty them and then pay to have the rubbish taken away.  Quite unacceptable.

So as a result of the Council’s negligence the Church was penalised by having fly-tipping dumped on their premises then rather than apologise the Council wanted to charge them extra.

After I raised the case I am assured the rubbish has now been removed – but only grudgingly and after some delay. But I do think an apology would be in order.

There is also a more general point that those who are victims of fly-tipping should not be punished twice. The Council should clear it away.