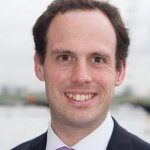 Cllr Greg Smith is Leader of the Conservative Group on Hammersmith and Fulham Council.

For most of the year five flags fly above Hammersmith Town Hall.  Those of England, Scotland, Wales and Northern Ireland occupy the four lower flag poles, underneath the Union Flag.  They are not there by accident, but fly as a symbol of our pride as a borough in the capital city of our great country.  I am therefore struggling to comprehend the attitude of the H&F Labour Party following the EU referendum.

At the July meeting of Full Council,Labour Councillors spoke of their “pride” in the local result of the referendum, where 70% of residents voted to remain in the European Union.  They even tabled a motion saying: “The council resolves to observe the wish of the significant majority of its residents to remain in the European Union.” Furthermore, the Labour Member of Parliament for Hammersmith, at a rally in Ravenscourt Park last week, described the decision of the British people for the UK to leave the EU as “a mistake” and talked of his desire to see the decision reversed.

Let’s think about that.

On 23rd June 17.4 million people voted to leave.  That is the largest mandate ever given to anyone or anything in our democratic history.  For clarity, I was proudly one of them, having been an opponent of Britain’s membership of the undemocratic European Union for my whole 20 years in politics and that our country would be more prosperous and safer as an independent global player.  The H&F Labour Party’s line that Hammersmith & Fulham’s 70% vote to remain should somehow trump that of the rest of the country is intolerance and disrespect of the highest order.  For this was not an electoral test of one borough, nor of London, but the whole country.

Any talk of disregarding the view of our United Kingdom is not just undemocratic, but playing up to the caricature many outside the capital have of “Metropolitan elites” who think they know better.

In many ways – I found the referendum campaign refreshing.  For the first time in 20 years I did not campaign with the comfort blanket of my party around me.  Nor did those committed people I campaigned alongside from the Labour Party, the Greens, UKIP, the Lib Dems and of no party at all.  It was also a pleasure to campaign alongside people from EU nations who equally believed Britain’s involvement with the political project of the European Union needed to end.

In fact, everyone I saw campaigning for the winning Leave vote had deeply held views, real conviction and a belief in the future of our country.  I nor they were campaigning on some whim, but long held,honest beliefs that our country will be better governing our own affairs, striking deals all around the world for our prosperity and able to treat all people that want to make Britain their home equally and fairly, no matter where they come from.  That is what 52 per cent of the country voted for and that is what will happen.  Our new Prime Minister has made clear that Brexit means Brexit and it is incumbent on all of us who believe in democracy to support her and the Government in delivering it.

Of course we must listen to the concerns of the 48 percent.  But that is part of what making a success of Brexit means.  Proving those fears, predominantly economic, wrong as we build new trade deals across the globe.

Meanwhile, in Hammersmith & Fulham, whilst our Labour Council tries its hand at foreign policy, the streets are getting filthier with fly-tips on the rise.  Our once awarded and celebrated parks are falling into ruin. Indeed I have recently been handed a file of over 120 maintenance issues in Bishops Park from dangerous dangling electricity cables to churned up turf.

Crime is on the rise whilst evictions for anti-social and criminal behavior are down. And every single council tenant and council leaseholder faces incredible uncertainty as the council pursues its scorched earth strategy of selling off the whole housing stock to a third party.

So my message to Hammersmith & Fulham Labour is a clear one.  You won an election in 2014 to run our Council.  You have that local democratic mandate.  Instead of talking down the popular view of the country, why don’t you get on with doing your job.

One thought on “Cllr Greg Smith: H&F Council should stop wasting time on its own foreign policy”