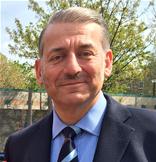 As the debate rages about the value and effectiveness of a “sugar tax’ in the context of the wider debate on public health I would argue that this is just another knee jerk reaction from a bureaucracy that is essentially out of touch with the vast majority of hard working citizens. More to the point it is   ineffective in actually changing behaviors and improving the health of the nation and as such should be avoided at all costs.

As many have pointed out (including the editor of this publication) a sugar tax will simply ‘clobber’ the poor and in all probability not change behaviors unless the the tax becomes so prohibitive that we risk the development of a black market. A completely self defeating measure.

Those fans of the concept of the large and all powerful state seem to be wedded to the taking the easy option of using brute force on the populous as they clearly believe the state knows what is best, another manifestation of the belief that the tax payer is there to serve the state not vice versa.

I am also bemused why all the talk is of penalizing the tax paying citizens and not the manufacturer? If you are a ‘tax addict’ then surely this latter option makes more sense?

For me the more effective way to address the issue of excessive sugar in our food and drink would be to work with business primarily the food and drink manufacturers to reduce the overall sugar content of their products. You could actually use (heaven forbid) tax incentives to encourage them to do so!

This along with very clear labeling would give the consumer a proper informed choice and would and I venture result in the desired reduction in sugar consumption. The same principle can easily be applied to salt, saturated and trans fats etc all of which can be detrimental to overall health outcomes.

I think the time has come to stop treating the general population as simpletons when it comes to public health. Education, labelling and enlightened working with business must be the way forward in achieving real improvements in the health of our nation. It can not be acceptable to have a policy which effectively delivers a result where the more financially challenged you and your family are the harder we will hit you and continue to hit you until (it is hoped) you are totally subservient to the will of the state and its bureaucrats.

When has that ever been an effective tool of public policy? What such an approach will do for stress levels not to mention mental health of our financially challenged families does not bear thinking about and is another example of the poor planning that has gone into this.

We continue to have some of the worst inequalities in health in the civilized world despite the NHS and the really good work it does and has done for may decades. So for me it is clear we need to do things differently.

There is no question that we need to have a national debate about our nations health and the issues we face in trying to improve our health outcomes.

We have to make changes to the way we live our lives, what we eat and how much exercise we do. However I would argue (and I believe the evidence supports this) that real change will only take place if we persuade, educate and inform our citizens. Hitting people with a blunt instrument which is really what tax is, will doom us to failure. It will penalise those who can least afford it and reinforce bad and ineffective behaviors in our all too powerful bureaucratic class.