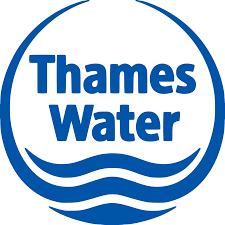 In July I wrote about the Thames Water proposal to spend £300 million on a Counters Creek Relief Sewer. This is a response to the downpour in 2007 which caused 1,700 basements in Hammersmith and Fulham and Kensington and Chelsea to flood.

Subsequently I have had a meeting with Professor David Balmforth who sits on the Independent Advisory Group which has been set up in relation to the proposed Counters Creek sewer flooding alleviation scheme.

Following that meeting I sent two questions to Thames Water. Here are the questions and the response from Hilary Murgatroyd, the Counters Creek Communications and Stakeholder Manager for Thames Water

“1. Please advise  what the current estimate is of the number of basements that would be flooded in the Counters Creek area if this was to be an exceptional downpour. (David suggests that the modelling may be for a “once in 30 year event” rather than the equivalent of 2007.) I presume there would be fewer basements flooded than in 2007 due to FLIPS. But what is the estimate?

There are approximately 40,000 properties across the London Borough of Hammersmith & Fulham and Royal Borough of Kensington & Chelsea that have basements and so are at risk of flooding to varying degrees.  We have records of over 1,700 properties that have reported sewer flooding to us and where modelling shows they are at of flooding from an event with a 1 in 30 year return period. However, we think at an additional 6,500 properties are at risk of flooding from a 1 in 30 year event, so the total estimate is in the order of 8,200 properties. Customers are often reluctant to report sewer flooding to us due to concerns about property blight and obtaining home insurance.

If we had a major storm today (such as the one in 2007), we would expect to see around 800 fewer properties flooding because of anti-flood devices (FLIPs) that we have installed over the last 5 years.

2. I appreciate there may not be a model for flood alleviation with spending on £300 million on SUDS rather than the relief sewer. But David thought some indication might be available from modelling of different levels of SUDS spending. For example what the difference would be in reducing the risk of flooding if there was £20 million spent of SUDS rather than £10 million, etc. This might give a very rough idea on what impact SUDS would have.

We have looked at the potential for SuDS as a solution across the entire catchment (and are currently working with the GLA on a London wide exercise). We also broke the catchment up into 5 hydraulic regions and tested SuDS as an option for each region as an overall strategic solution was developed.

The topography of the Counters Creek catchment and interconnectivity of the sewerage network is such that any space created in the sewers through managing surface water through SuDS installed locally is quickly taken up by stormwater coming into the area from elsewhere. We were unable to lower the levels in the sewerage network sufficiently enough using local SuDS to protect the numerous deep basements. Showing a trade-off between the cost of SuDS and sewer improvements at a programme level to achieve a 1 in 30 year level of protection is therefore very difficult.

The role of SuDS in our view is therefore is to future proof the improvements that we plan to make in the Counters Creek catchment and offset the impact of population growth, climate change and urban creep. This is why we have started a pilot project along 3 streets in order to understand costs and benefits.

SuDS will need to be rolled out across the whole of London as a long-term programme. Urban regeneration of brownfield sites is undoubtedly the biggest opportunity and along with retrofitting SuDS into areas where surface water run-off is high.”

So even without this new sewer in the unfortunate event that we had downpour on the 2007 scale at some point over the next 30 years there would be an estimated 900 basements flooded rather than 1,700. Even if we assume that the relief sewer would reduce that to nil the cost is staggeringly high. It comes to £330,000 per basement that would otherwise be flooded.

What of the alternative? Of spending the £300 million on SUDS? That might not reduce reduce the flooding to nil – Thames Water say it is “very difficult” to offer a figure. It would obviously have a significant impact.

We also need to consider the wider environmental benefits of SUDS  reducing the amount of our borough covered by concrete and instead making it greener.

Finally we need to consider the environment damage if the relief sewer proceeds – the noise and pollution of the drilling, the loss of trees.

As already stated the relief sewer proposal can only proceed if the Council allows it to. The evidence is now clearer than ever that the SUDS option would provide better value for money.

The time for dithering and equivocation is over. The Council needs to puts residents first and give Thames Water a clear answer: “No.”

2 thoughts on “Counting the cost of the Counters Creek plans”