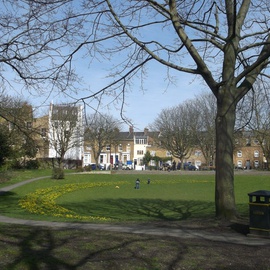 A green scheme launched by the Mayor of London Boris Johnson to create 100 new pocket parks in the capital has been so successful there are plans to roll it out across the country.

The Mayor has  confirmed he has delivered his manifesto pledge to create 100 rejuvenated spaces as part of his pocket parks programme in 26 London boroughs.

Projects that have been backed in our borough include:

From a rain garden in Vauxhall to a dinosaur playground in Hornsey and edible gardens along a south London bus route, more than 25 hectares of community land across the capital have been converted into new enhanced green areas, thanks to £2million of funding from the Mayor. This was match-funded from the Boroughs, as well as grants from businesses and trusts.

The programme to transform underused urban spaces across the city into mini oases for Londoners to enjoy has been a roaring success and proposals to develop it nationwide are being considered by the government.

“From what started as a green shoot in 2012, dozens of glorious spaces have sprouted up across almost every corner of the capital, offering an oasis of calm from the hustle and bustle of city life.

“They may have been pocket-sized pieces of previously forgotten land, but they pack a real punch in what they now offer local people, thousands of whom have given up their time to make the capital greener and more resilient. It really underlines London’s status as one of the greenest world cities.”