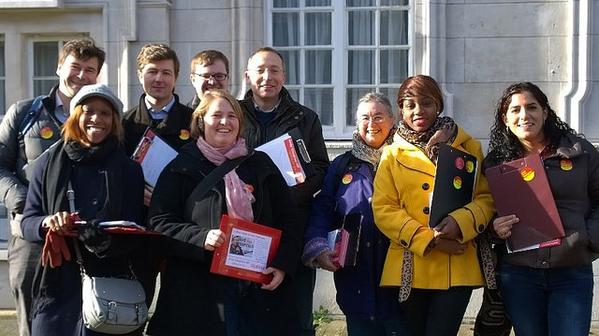 One of Labour’s themes in the council elections was that Conservative councillors had got too close to property developers. It would be implied – although not directly stated – that the relationship was corrupt. There was an assurance that Labour would treat these “fat cats” with disdain.

But what of their cosy relationship with Charlie Napier? He is a former Labour councillor for the Fulham Broadway Ward until being voted out in 2006. He has his own, one-man-band lobbying company, Kilmeston Communications, and it appears that he has been playing on both sides of the fence when it comes to his erstwhile colleagues.

It is one thing for Mr Napier to turn up representing a property developer in a meeting with the current Labour Councillors for FB, trying to build flats on his old patch. (The meeting was attended by the current Labour councillors for that ward Cllr Ben Coleman, Cllr Alan De’Ath and Cllr Sharon Holder but there is precious little information about what was discussed.)

But tt is quite another for Mr Napier to be out canvassing last Saturday, in his Labour activist capacity, with the Cllr Andrew Jones, the Cabinet Member for Regeneration (and the Labour MP Andrew Slaughter, who supposedly disdains property developers).

And for his relations with current Labour councillors to be close enough that the Cabinet Member for Education recently appointed him as a school governor.

Was he canvassing on Saturday on behalf of a developer or an activist? Did he discuss any of his projects with councillors? Was he lobbying Slaughter?

Under the new administration’s rules ALL contact between, or on behalf of developers is supposed to be minuted. So will LBHF now be publishing minutes of Andrew Slaughter’s canvassing sessions?