One of the largest regeneration schemes in London for decades has received the seal of approval from the Secretary of State for Communities and Local Government, Eric Pickles.

The Mayor of London Boris Johnson intends to establish a Mayoral Development Corporation to lead the transformation of Old Oak Common in West London and create a brand new part of the city with up to 24,000 homes and more than 55,000 jobs. 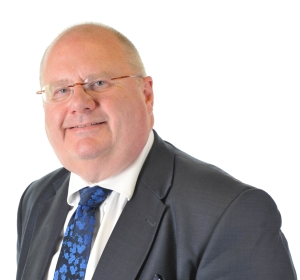 Eric Pickles has now confirmed that he supports these plans. An Order has been laid before Parliament to create the new body, which will be known as the Old Oak and Park Royal Development Corporation (OPDC). Subject to parliamentary approval, the new corporation will come into existence on April 1, 2015. The Order will be followed by a similar piece of legislation to give the OPDC planning powers.

A vast High Speed 2 (HS2) and Crossrail Station is due to be constructed at Old Oak Common by 2026. The new station will be the size of Waterloo, handling 250,000 passengers a day and acting as a super hub between London and the rest of the UK, Europe and the world.

This represents an opportunity to bring unprecedented regeneration to the area and the Mayor believes that the OPDC is the best way to unlock the enormous potential of the site and deliver a £15bn boost to London’s economy over 30 years.

The Corporation will act as a single, transparent and robust body to spearhead the regeneration of the 950 hectare site that straddles the London boroughs of Hammersmith & Fulham, Brent and Ealing

The Mayor of London, Boris Johnson said: “The vast new station at Old Oak Common presents us with an almost unprecedented opportunity to transform an area the size of a small London borough into a thriving new part of the capital, with unrivalled transport links to central London, the rest of the country and beyond. London will shortly become home to more people than ever before and there is no doubt that this scheme will provide a real shot- in-the-arm as we look to provide the new homes and jobs that we desperately need.”

Communities Secretary Eric Pickles said: “Housebuilding is a key part of the Government’s long-term economic plan – so it is absolutely right that delivering new homes is at the heart of this exciting regeneration scheme. Today’s deal will create a whole new community in West London, delivering up to 24,000 new homes and over 50,000 new jobs, with excellent transport links both into the capital and across the country. This is on top of the efforts we’ve made to get the country building again, which has helped deliver over 141,000 homes in London since the end of 2009.”

The OPDC will look to emulate the success of the London Legacy Development Corporation that continues to lead the post-Olympic regeneration of Stratford and East London. The Mayor’s Office believes that the regeneration opportunity could provide almost 14 per cent of Greater London’s employment needs up to 2031.

As well as promoting and delivering physical, social, economic and environmental regeneration, the Corporation will also safeguard and develop Park Royal as a strategic industrial location and attract long-term investment to the area, including from overseas.

Once established, the proposed OPDC would take on various statutory powers relating to infrastructure, regeneration, land acquisitions and financial assistance. It is also intended that it will take on planning powers across the Old Oak and Park Royal area, including determination of planning applications and plan-making, which will enable the Corporation to charge the Community Infrastructure Levy (once it has in place the necessary charging schedule).

The OPDC will be chaired by the Mayor of London or designate and it is proposed that the Corporation’s board will include councillors from the three relevant boroughs to ensure local accountability. It is intended that the OPDC will agree arrangements to delegate the determination of certain planning applications back to the boroughs.

Wormwood Scrubs will continue to be protected by its designation as Metropolitan Open Land and the 1879 Wormwood Scrubs Act. New additional public open spaces are proposed north of Wormwood Scrubs to contribute to meeting the needs and requirements for forthcoming development.

The OPDC would work closely with the three boroughs and all existing businesses across Old Oak Common and Park Royal. This would include working with existing businesses to support potential relocations to protect the businesses and jobs that are so integral to the London economy and the local community.

It would also look to regenerate, develop and transform Old Oak Common, in a way that is sustainable, meets local needs and supports the strategic long-term priorities in the Mayor’s London Plan and Old Oak Vision Plan. It will also safeguard and regenerate Park Royal as a strategic industrial location and attract long-term investment to the area.

In addition it will secure high-quality sustainable development and investment for the benefit of the area and the communities that surround it. It would also promote world class architecture, sustainable place making and urban design to deliver a new high quality new part of London.

The Further Alterations to the London Plan, published earlier this week, designate Old Oak Common as an opportunity area.