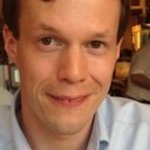 Yesterday, Greg Hands MP and Cllr Greg Smith wrote to the new council suggesting a possible location for Fulham Boys School. As an empty, council-owned site, Watermeadow Court seems an obvious candidate and it might provide the quick resolution sought.

By the afternoon, Stephen Cowan had given an extraordinary response to GetWestLondon. It contained at least three entirely false claims.

False claim 1: Watermeadow Court has been sold to Stanhope

The site is a general fund asset of Hammersmith and Fulham Council. It’s one of two sites that were intended to be redeveloped through a joint venture with Stanhope to provide new housing. The Council and Stanhope would each have had 50% stakes in the private and Discount Market Sale scheme. Although an agreement was signed before the election, it’s conditional on the Council backing this type of housing and giving it planning permission. Without that support, the joint venture cannot go ahead and the site will remain 100% council-owned.

False claim 2: Watermeadow Court cannot be made available for FBS

Labour are opposed to the joint venture and the scheme for Watermeadow Court. In fact, Andrew Slaughter ludicrously described it as “social cleansing”, while Cowan makes clear his own opposition in the article. So what’s the problem? Unless Stephen Cowan is saying that Labour will back the scheme it opposed and give it planning permission, Watermeadow Court will be available for Fulham Boys School.

There aren’t any legal excuses here. Stanhope must know that the joint venture isn’t going to happen, even if they haven’t been told (although why would Labour delay?). If Cowan is worried that Stanhope might seek to obstruct the sale of Watermeadow Court, why doesn’t he talk to them? It’s hard to see what benefit Stanhope would derive from obstruction. Cllr Cowan rates himself as a negotiator, so if this is his worry, he should go and negotiate.

If the most that Cowan will do is suggest Carnwath Road, then he doesn’t want to help at all. There is a national policy statement, backed by his own party, behind the super sewer. After a process that has taken several years, the final decision on specific sites will be taken imminently by the Planning Inspectorate. Although the present owners are desperate to prevent the super sewer, there is an order preventing alternative development on the site.

The Department for Education can’t override any of this. There are lots of legitimate financial and environmental reasons to be against the super sewer, but the idea that a massive national infrastructure project would be blocked at the last minute because the DfE would prefer a school on one site is absurd.

Cllr Cowan, to use your own words, “I think any reasonable bystander…might doubt the sincerity or seriousness of your approach.”